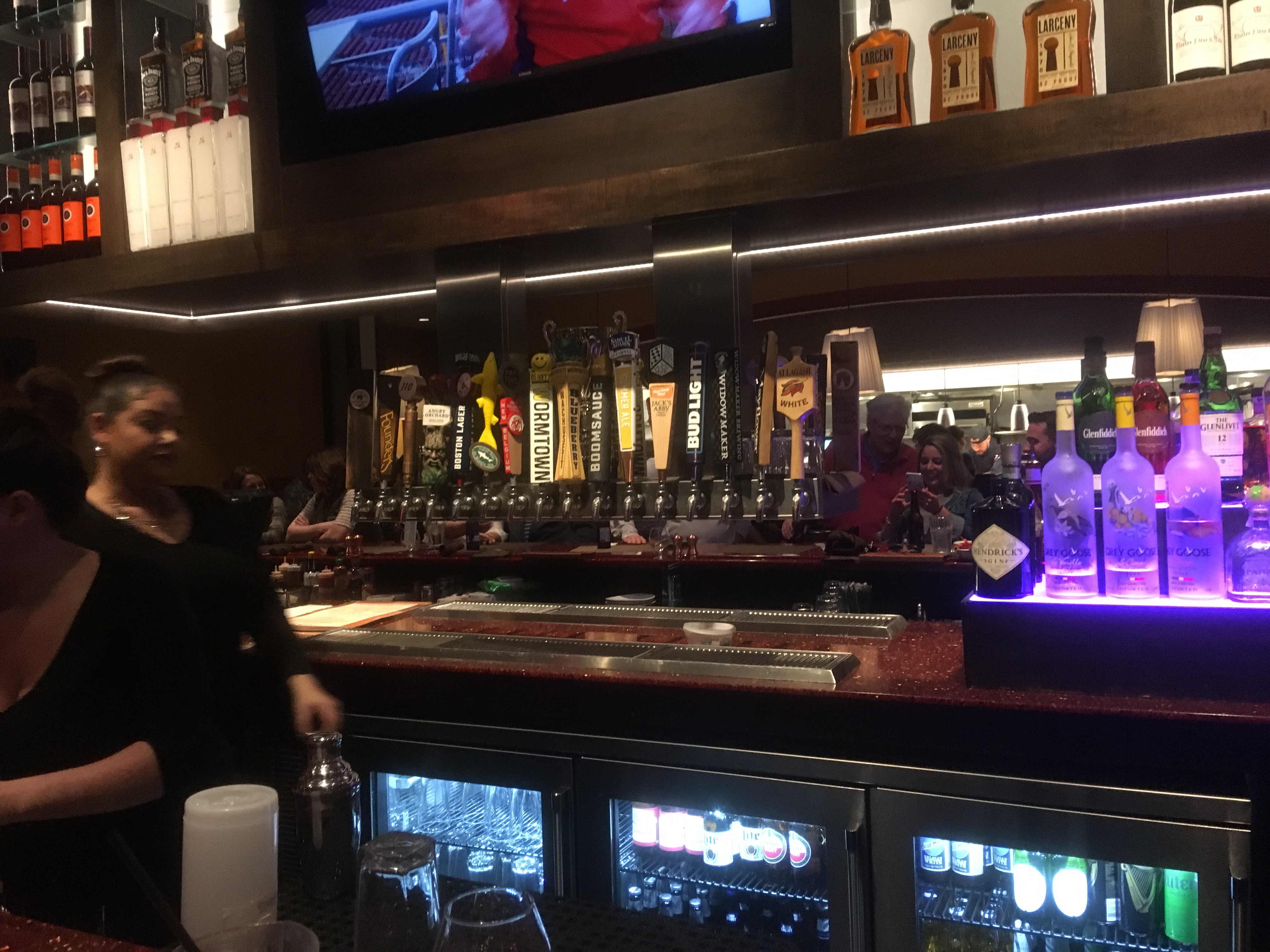 We went out on the town and had dinner at the 110 Grill in Braintree Ma. There was a Good size crowd, and nice atmosphere. The Bruins are on TV, game 2 of the NHL playoffs. For Bruins fans, it was kind of a must win.  I ordered an Arnold Palmer, in honor of the masters golf tournament and the king of golf Anrnold Parmer. Pretty tasty! 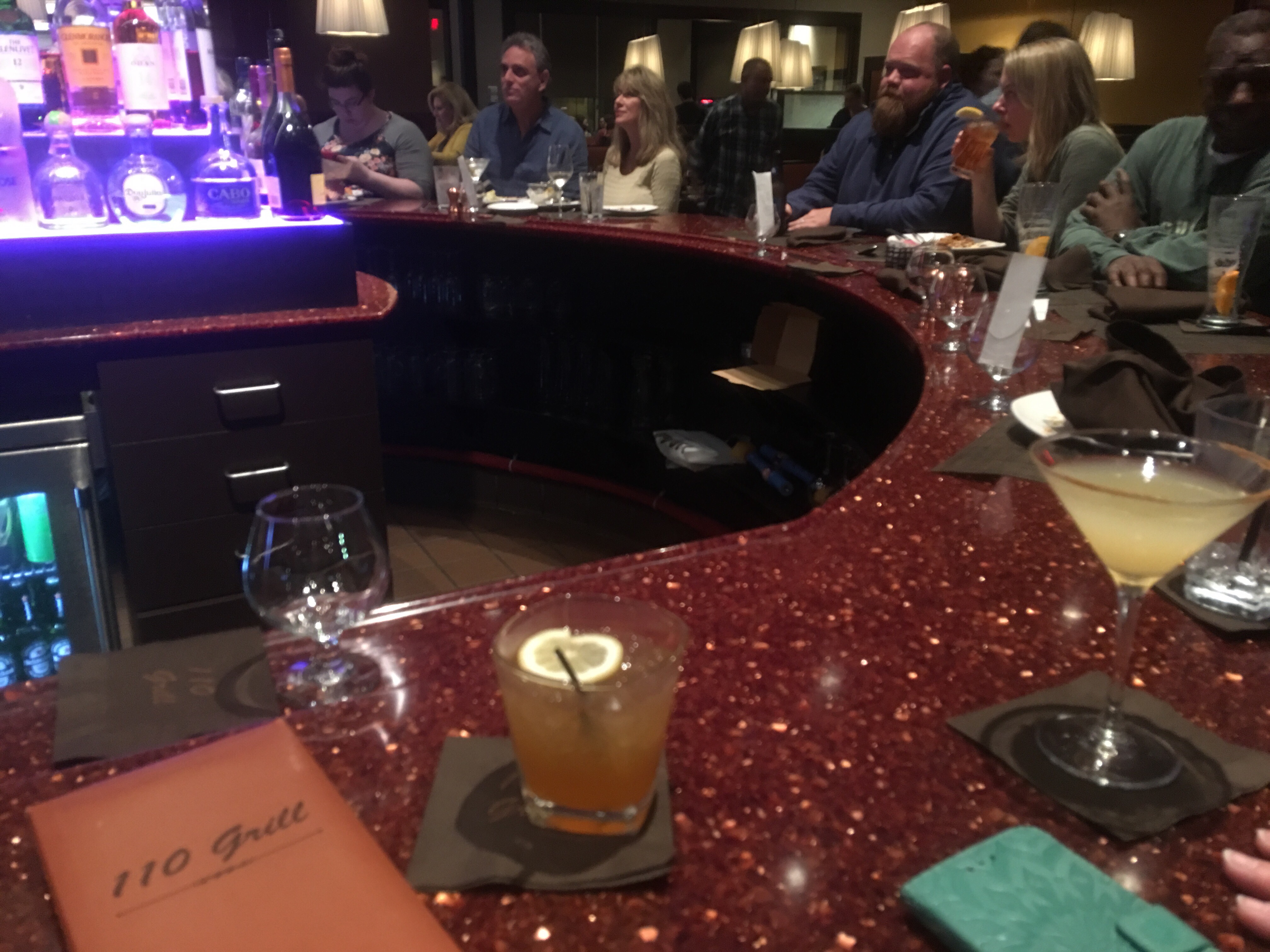 We were feeling good and the service was excellent, and the waitress is cute! Not a bad start to the evening.

We got a table pretty quick and we had a nice view of the Bruins game. 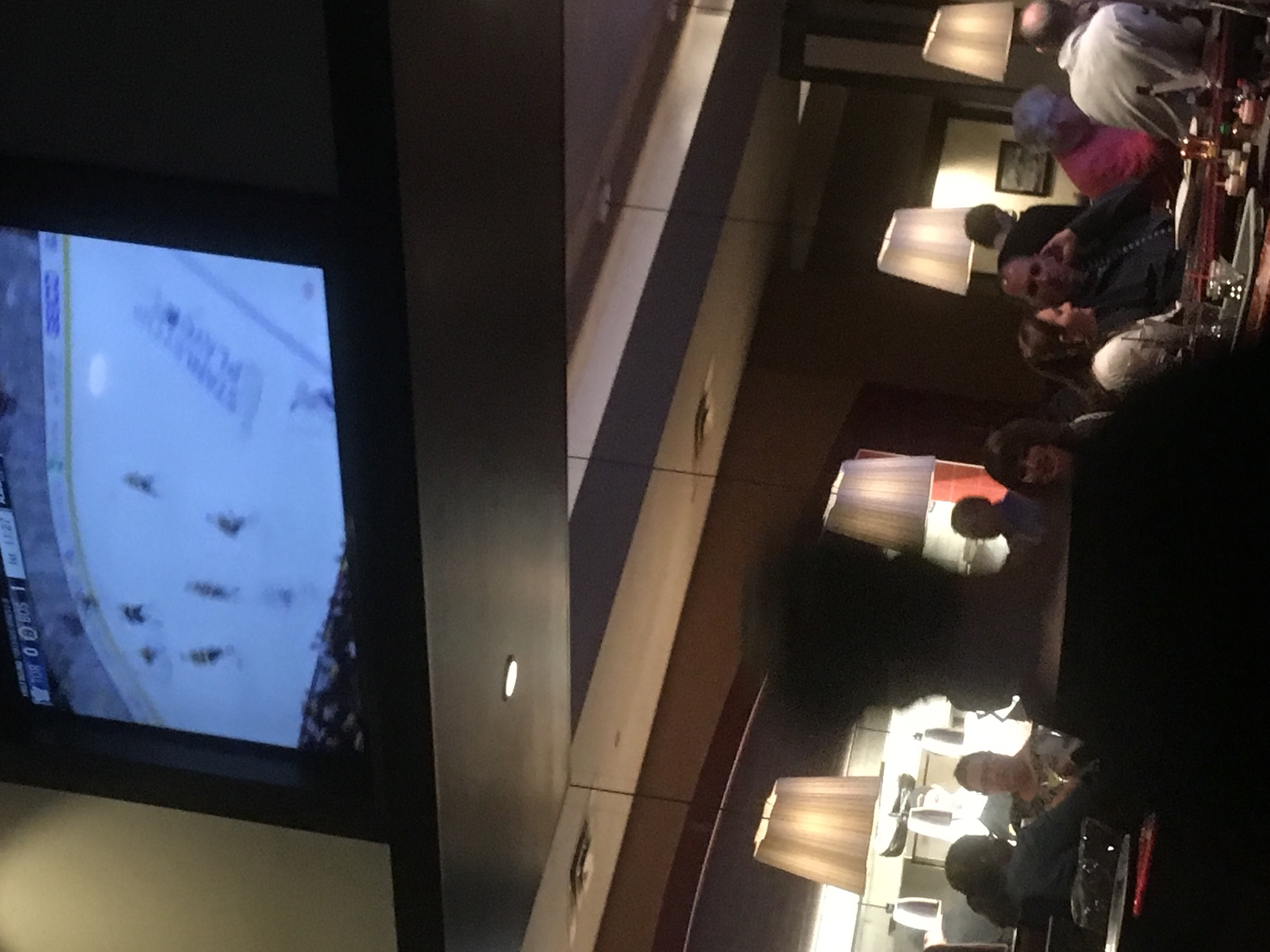 We order an appetizer Chorizo Totchos, the food came out pretty fast and it looked pretty good! 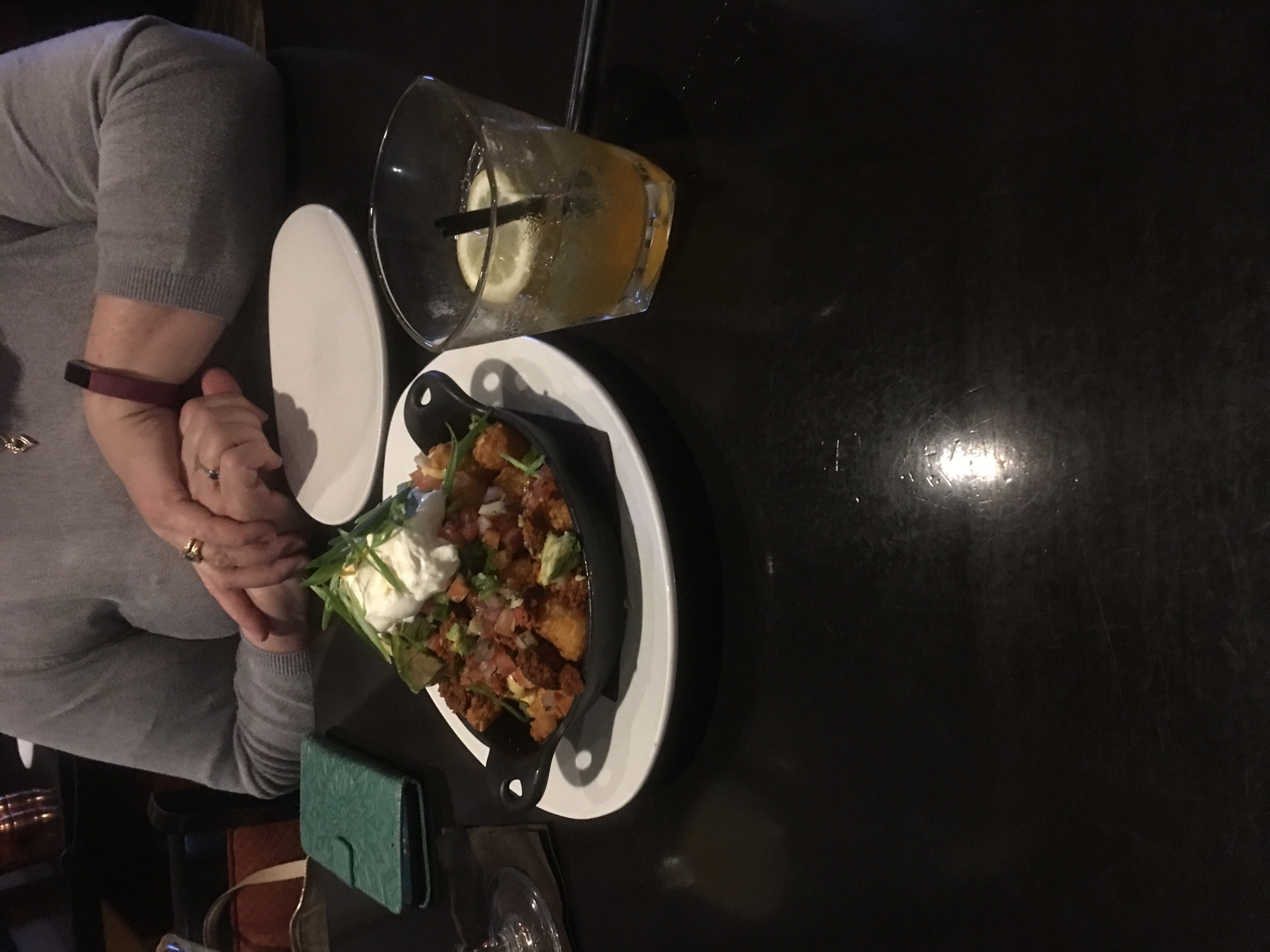 We received our appetizer which looks good.  The only down side was,  no silverware to eat it.  We got some from a passing waiter and off we went.  The Appetizer “Chorizo Totchos” is very good. The main ingredient,  (potatoes) was cooked to perfection. The taste was delicious with chives and sour cream. There was a hint of chili sauce and salsa. I would say a great appetizer, definitely very pleased! The portion of the appetizer was great, plenty of meat and potato’s to get you started! So far I am impressed! 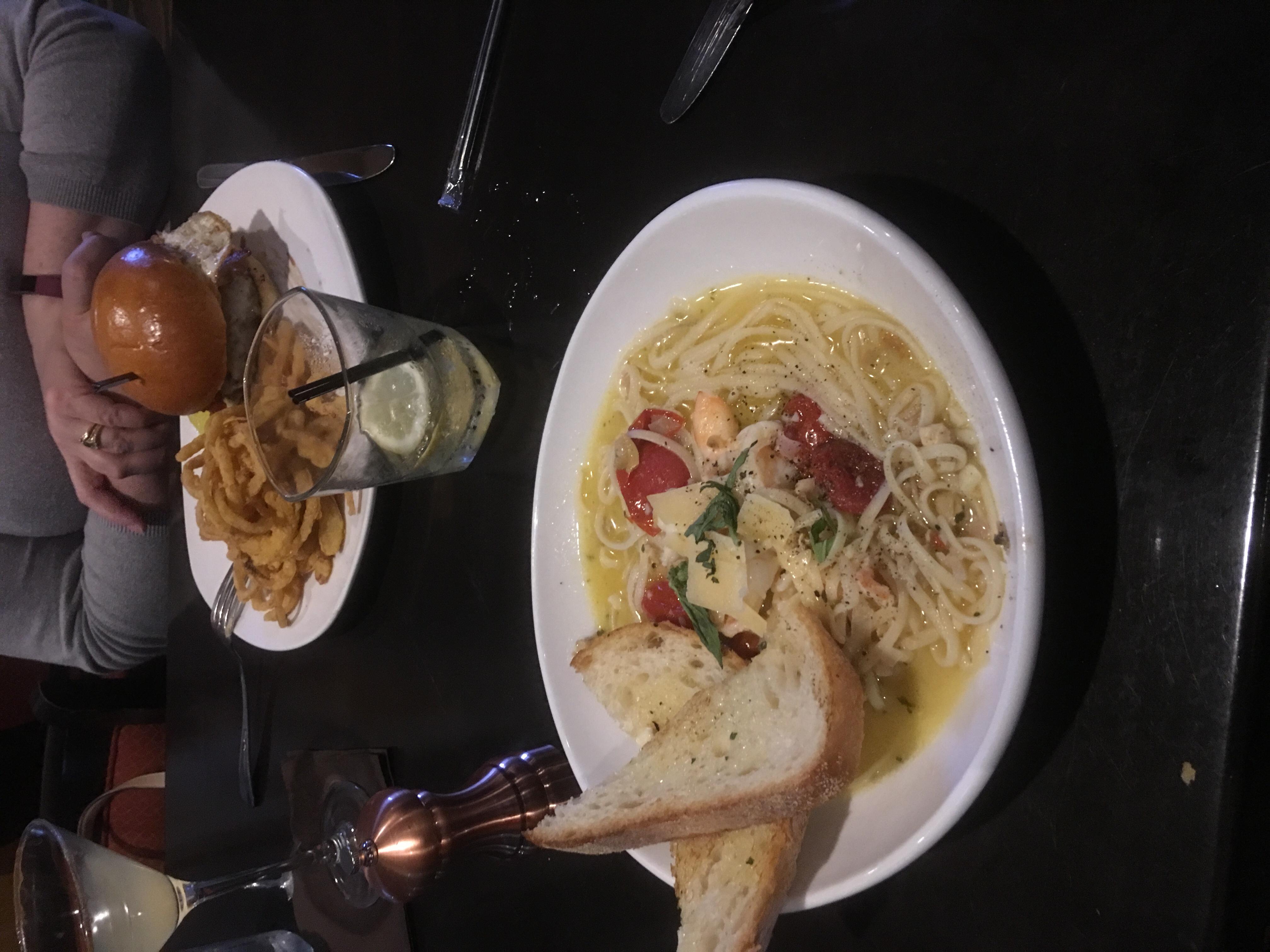 For my entrée, I got Shrimp & Clam linguini. The sauce (butter & Lemmon) was hot and tasty, The Shrimp and clams where cooked well and the meal felt healthy and some what light. The toasted bread was a nice touch and I enjoyed my meal while watching the Bruins. An added bonus was the Bruins were leading the game 2 (2 – 0). 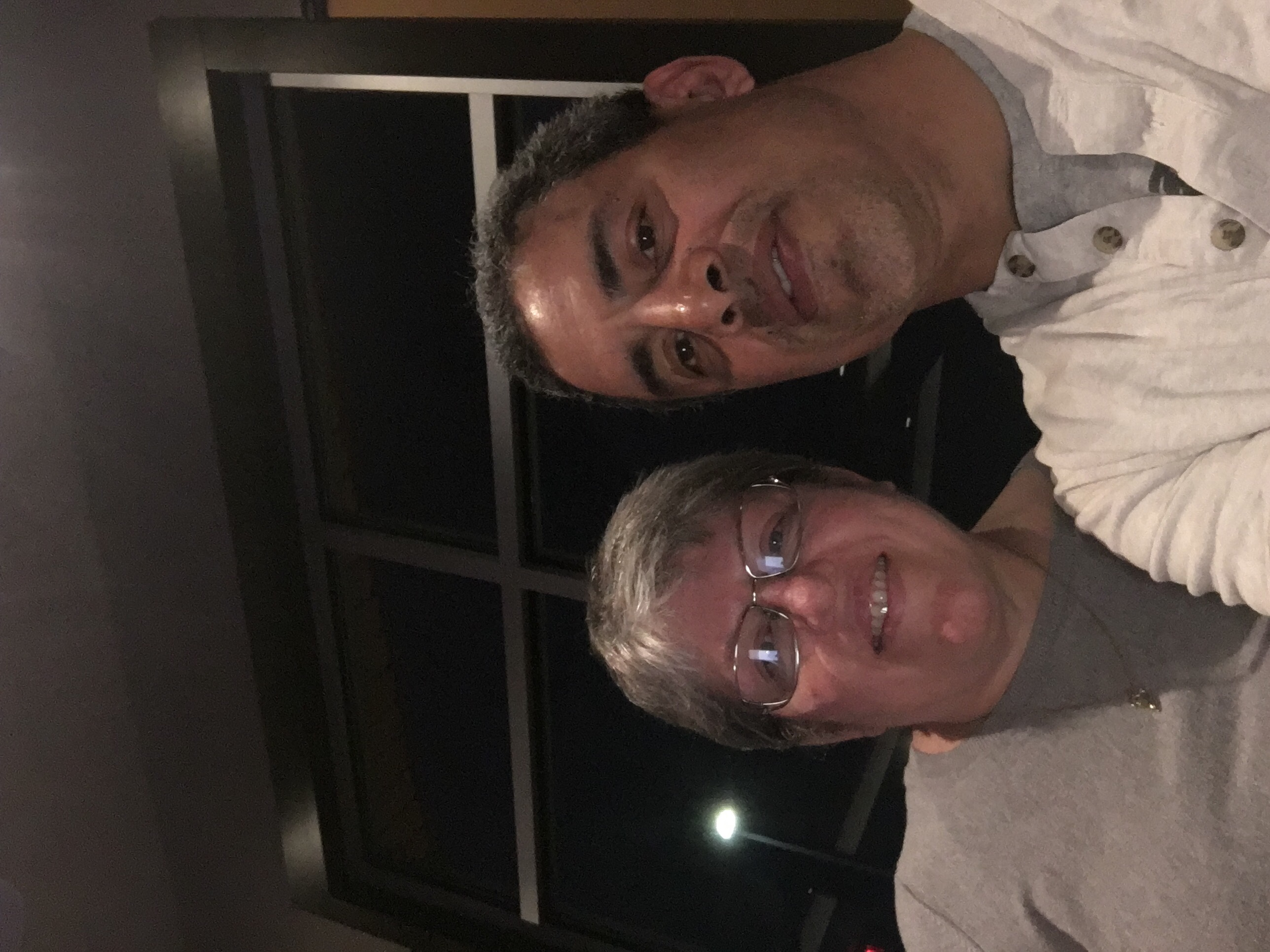 Review by Jonathan and Theresa.

The Red Sox are world champions.  Back in April, I knew there were good, a playoff team for sure.  As the season progressed, it looked like an American league East division title and home field advantage. This was an awesome development as my son works at Fenway.

Clearly the Red Sox are good, but their bullpen is not dominant and has failed to hold leads in many games.  Even though this was a major flaw, they still had the best record in baseball.  I though there was no way they would beat Houston in a series. Houston definitely had the better pitching and bullpen.

In the ALCS, the Red Sox lost game one and are down 4 – 2 in game 2.  Then Jackie Bradley Jr (JBJ) hits a double scoring 3 runs and Mookie provides the insurance runs to tie the series at 1.

In the decisive game 3, JBJ comes through again with a grand slam to close the door on the Astros.  The emergence of two key additions, Steve Pierce (key homers) and Nathan Eovaldi (throwing smoke) propels Boston towards the world series.  The Red Sox are victorious an gain a 2 -1 series lead.

Heading into game 4, the Red Sox have a chance to go up 3 -1. If the Red Sox  have a 3 – 1 series lead, it is pretty much over.  Game 4 was a very close game and key for both teams. In a key moment, Houston’s Altuve hits a deep shot to right and Mookie drifts back and perfectly times his lea 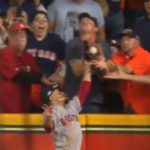 p to make a great catch.  A Houston fan appears to touches the ball preventing Mookie from making the catch.  The key question was, did the fan interfere with the catch? Umpire Joe West makes arguably the greatest call in ALCS history and calls him out! There was fan interference resulting in the key out.

In the late inning JBJ hits another key home run to give the Red Sox some breathing room.  In the bottom on the 9th and the game slipping a way from closer Kimbrell, another key moment is about to happen.

The Astros have loaded the bases against Kimbrell. The Astros slugger Alex Bregman hits a line drive to left. This appears to be the game winning hit. Red Sox out fielder  Andrew Benintendi starts to close on the ball. At the very last moment he dives and make a miraculous catch, saving the game! 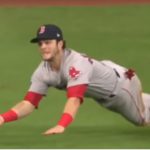 In un-believable fashion, the Red Sox win the game. With a great performance from the Boston out field, Boston solidifies the best out field in major league baseball.  Not to mention, the Outfield has the best choregraphed dance moves ever seen on a baseball field. Check out YouTube, pretty cool

In the clinching ALCS David Price throws a gem, Martinez and Devers hit key home runs, as the Red Sox advance to the world series.

The Red Sox go into to defeat the Los Angeles Dodgers  4 -1. David Pierce becomes World Series MVP and Boston has another world championship in baseball.